The Senceless band was Jonathan Sheffield’s first band. Formed around 1979 from neighborhood friends when Jonathan was 14 years old and had only been playing guitar for a short time. He taught his friend John Heaney a few chords, got his friend Steve Cascaddan on drums and the next thing you know he had a band. After a lot of work in his parents garage, the band only played one gig where it won a contest at a church talent show.

The only known photo shows in addition to Jon Sheffield holding the Mic, John Heany on guitar and Steve Cascaddan on drums, our roadies (and pals) Bill Priest and Henry Marin.  Two more photos are screen shots from the super 8 film shown below.

These audio clips of two songs were found on a old 1979 cassette and are the only know music recorded from this band.  the Get Back to Me was digitally restored in 2020 and in 2015 basic Noise reduction and equalization was applied to partially restore the Tuesdays Gone recording.

The only Video of the Senceless band was shot on super 8 sound film and was made in 1979 at the Blessed Trinity church social hall during a talent show in which the Senceless band came in 2nd, after a clogging duo who won 1st place.  Going on after this humiliation seemed Senceless but didn’t stop Jon from joining the Allies band a year or two later as bass player. 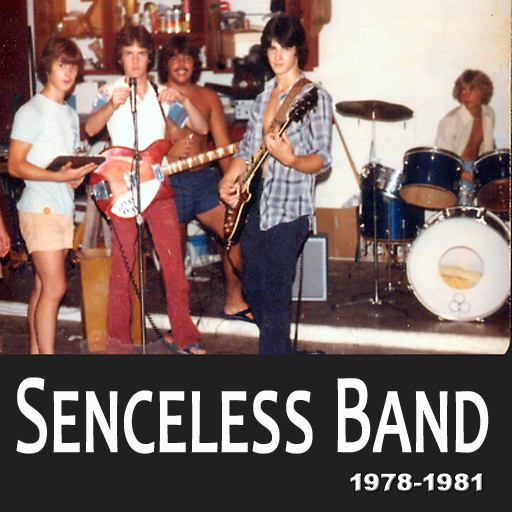