The Allies Band was formed around 1982 with the remnants of the Senceless band Jon Sheffield and John Heaney teamed up with Steve Hendrickson and Dave Roquemore.   Practice was held in the attic of Dave Roquemore’s parents house that was very spacious with a stage on one end and a pool table on the other.  The Allies band stayed together for around two years although Jon and Dave became roommates around 1988-1990.  John and Steve Hendrickson played together on and off for many years after.   It was thru Steve Hendrickson that Jon met Les Soltescz in the mid 80s with whom he wrote and recorded many if his early original music featured in the Jon & Les and originals sections of this website. 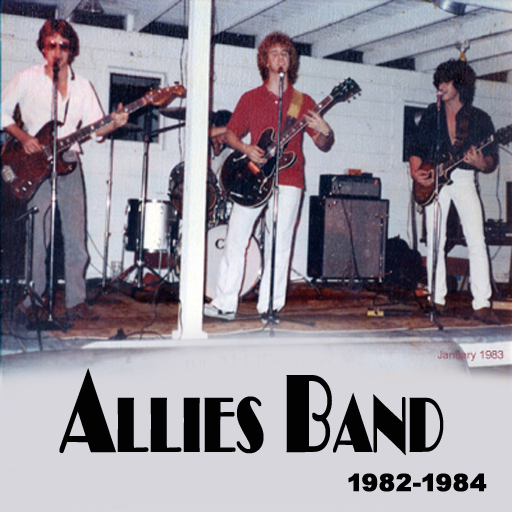 The photo on this page was taken at a large outdoor gig on Lake Conway in Orlando, FL in 1983 that many members of Boone High school attended.  The cops shut down the band after the first set due to the complaints about the loud music.  Since so many vehicles were parked on the road blocking the entrance, it made it difficult for the cops and anyone else to get in and that extended the amount of time we were able to play.  The outdoor party was huge, memorable and I still hear people who were there mention it 40 years later.