The Reflection Band was formed around 1986 and stayed together off and on for about 5 years.  The core group was Joe Cadry & Jon Sheffield.  Other members were Mike Potter, Tom (Pete as he was known at the time) Leretilley and sometimes Dave Bovines.   Mike Smith on Drums was available for gigs. Practice was held at Joe Cadry’s house in the Orlando “hood” off of 18th street and Orange Blossom Trail.  Lots of practice, lots of fun, lots of beer and a few paying and non-paying gigs.

This is the only know video of the Reflection band and was taped in 1987 at a restaurant/bar in Orlando, FL that was called The Lemon Splash. It is now called Johnny’s Filling Station and is still owned by the original owner of the Lemon Splash, John Burl.  This video features the Reflection Band lineup of Joe Cadry on Lead Vocals-Guitar, Jon Sheffield Backup Lead-Backup Vocals and Bass, Steve Hendrickson Drums & Vocals, Mike Potter on Lead Guitar & Dave Bovines on Keyboards 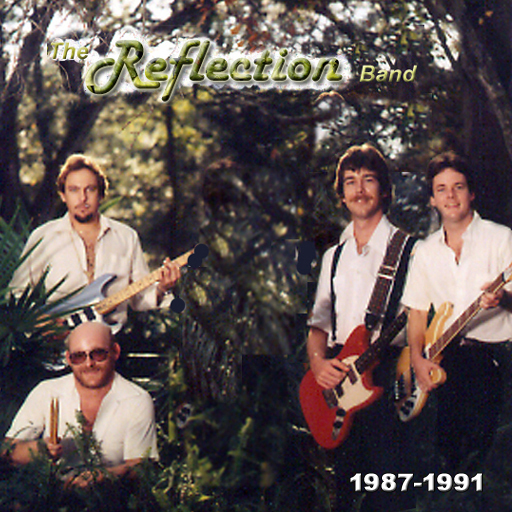