The Highland Band was formed around 1999 and only stayed together for a period of about 6 months. Originally named the IMTA band as a joke from Jack Fussinger’s (Joe’s brother) old club from the 70s “International Marijuana Tokers Association”, at Joe’s suggestion it was renamed Highland Band to commemorate the street our grandparents lived on.  This band only played one live gig at Three Cheers Bar in Hebron Kentucky. After disbanding, Jonathan Sheffield and Joe Fussinger continued recording original songs and released a CD called The End of the Line under the Highland Band name and then joined other band members Mike Wyric and Bob Fancher to form the Mystic Creek band. 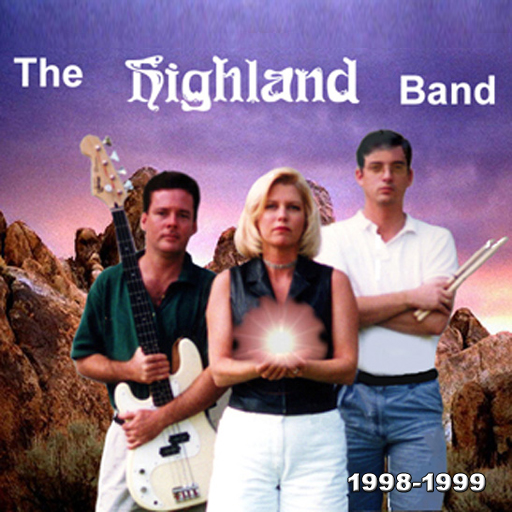 The only known recording made with all 3 members of this group is this original song That’s My Girl – the Highland Band version on this page.

From Joe Fussinger September 2021:
That brings back a lot of fantastic memories. I’ve played in several bands since our days together but never had more fun than those days writing and recording those songs.
My two favorite songs we recorded weren’t even any of our originals but instead were I can see clearly now, and Just a closer walk with thee. If you remember on Just a closer walk, I had Tanya who sang backups along with me, I recorded both Tanya and myself singing different verses at the same time you sang the last verse. I love that arrangement.
Had a blast recording with you Jonathan.