The New Mystic Creek band was a band Jon put together around 2003 after moving back to Florida in 2001.  The name came from Jon’s previous band name Mystic Creek.  The band stayed together off and on for 4-5 years off and on and played several gigs including one in Thornton Park near downtown Orlando at Burtons on July 4th 2007 and another at Artisan Park in Celebration Florida (see video below) before Jon decided to give up the complexities of a band and perform as a duo by auditioning guitar players and starting up the Jon & Pete Duo. 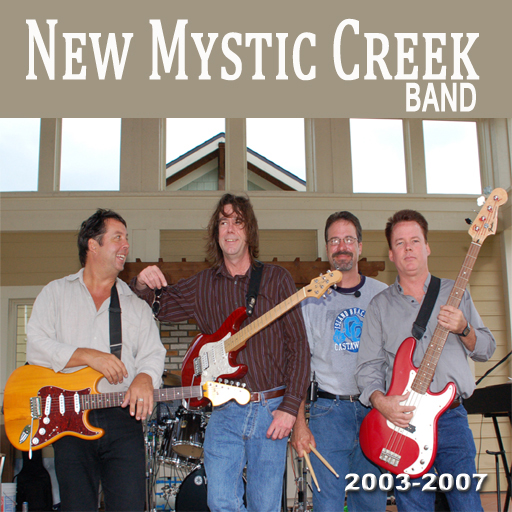 Occasional Other members:
Tom (Pete) Leretilley
and others