The Mystic Creek Band was from 1999 to 2001. It was formed from the remaining members of the short lived Highland Band and Mike Wyrick who ran a Karoke show and his step son Bob Fancher who played guitar and sang.  Bob added some country to the song list with Jon’s classic rock selections made a well rounded set list for the northern Kentucky area.  The bands name came from the street Mike Wyrick lived on, Mystic Creek road.  The band played a full schedule in the Kentucky and Greater Cincinnati, OH areas.   The regular gig circuit included The Speakeasy bar, The thirsty Camel in Covington and others. 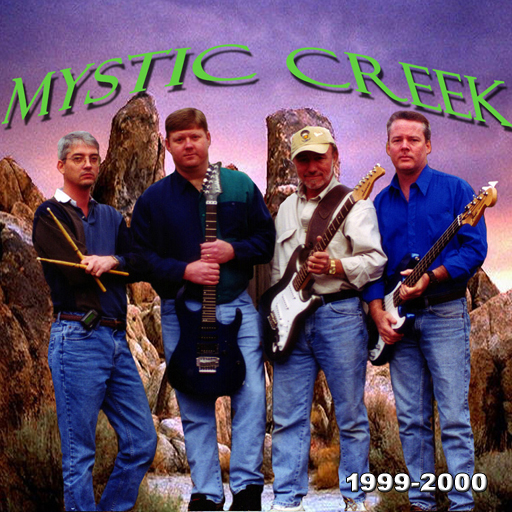