Jonathan Sheffield and Les Soltescz wrote songs together and recorded them and some cover songs in a makeshift studio in his parents detached garage I called Hollenbeck Studio after the name of the street nearby. The recordings were made circa 1985-87 on 2 track reel-to-reel connected to an old style 12 channel mixing board.  Jon met Les thru Steve Hendrickson who I had played with in the Allies Band, at a party where Les was playing piano and singing Beatles songs.  In the mid 80’s meeting a fellow Beatles fan was rare.  After visiting Les at his parents house where he was living at the time, we discussed 60’s-70’s music, played albums from his huge LP collection that was meticulously sorted and filed on his shelves and talked about recording originals and covers.  I had been experimenting with using a Sony Reel-to Reel tape machine for live recording as cassette recordings would distort.  We recorded using 2 track technology.  On the first track one of us would play drums while the other sang and played the song on guitar.  on the second track we would listen to the first track and add bass, backup vocals, guitar and if another person (Bret Shultz or Rick Warsing) was available add tambourine, bass, lead or something else.  By todays standards it was an archaic way of recording but produced better sound quality than anything we had used before.  On some tracks I would play drums while Les played guitar and sang and on others Les would play drums while I did the guitar and vocals,  typically depended on who picked the song or who’s original song we were recording.  Les, Bret and Steve went on to form the Inspectors band while I went on to startup the Reflection Band. 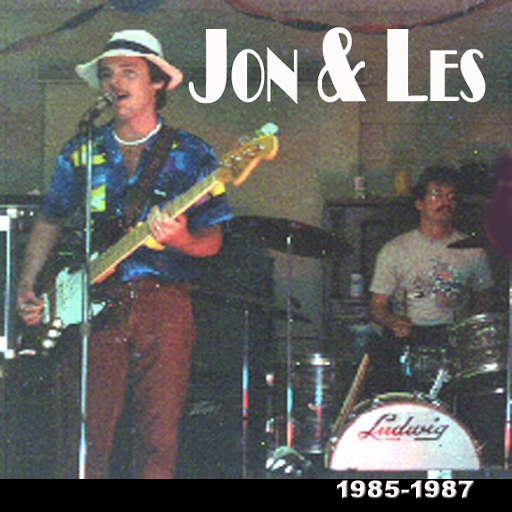 These songs were taken from reel-to-reel 2 track recordings made circa 1986-1987. The tracks include covers and some original music by both Jon and Les. It was during this time that Shine the Light and Thats My Girl were written and first recorded by Jon Sheffield.